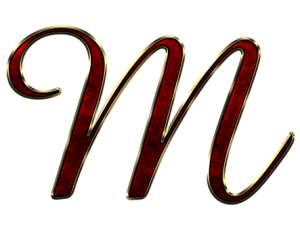 A comprehensive list of Halal and Haram ingredients starting with the letter M. The list contains common uses of the ingredients in the food/medicine/cosmetic industries, sources and halal and haram status.

A spice derived from the aril of nutmeg. Mace is often preferred in light dishes for the bright orange, saffron-like hue it imparts.

Magnesium stearate is a chemical compound, white, water-insoluble powder. It is used as a release agent and as a component or lubricant in the production of pharmaceuticals and cosmetics. It is used in preventing ingredients from sticking to manufacturing equipment during the compression of chemical powders into solid tablets; magnesium stearate is the most commonly used lubricant for tablets. Magnesium stearate can be sourced from both animal and vegetable (eg. Soy) sources. Since it is used in manufacturing of medications, please consult with a scholar regarding your medical situation if you know that the medicine you have contains animal derived magnesium stearate. Some scholars agree that the medicines with animal derived ingredients maybe permissible when the medicine is known to be effective and there is no other alternative, just as there is a dispensation in drinking alcohol for a person dying of thirst.

Maize, also known as corn, is a large grain plant.

Malt is germinated cereal grains that have been dried in a process known as “malting”. The grains (most commonly barley) are made to germinate by soaking in water, and are then halted from germinating further by drying with hot air. Malting grains develops the enzymes required for modifying the grain’s starches into various types of sugar. Malted grain is used to make malted shakes, malt vinegar, confections such as Maltesers and Whoppers, flavored drinks such as Horlicks, Ovaltine, and Milo, and some baked goods, such as malt loaf, bagels, and rich tea biscuits.

Maltitol is a sugar alcohol (a polyol) used as a sugar substitute. It has 75–90% of the sweetness of sucrose (table sugar) and nearly identical properties, except for browning. It is used to replace table sugar because it is half as caloric, does not promote tooth decay, and has a somewhat lesser effect on blood glucose. Contrary to what the name may suggest, a sugar alcohol is neither a sugar nor an alcoholic beverage. They are white, water-soluble solids that can occur naturally or be produced industrially from sugars.

Maltodextrin is a polysaccharide that is used as a food additive. It is derived from starch by partial hydrolysis and is usually found as a white hygroscopic spray-dried powder. It is commonly used for the production of soft drinks and candy. It can also be found as an ingredient in a variety of other processed foods. Maltodextrin can be enzymatically derived from any starch. In the US, this starch is usually corn; in Europe, it is commonly wheat.

Maltose, also known as maltobiose or malt sugar, is a disaccharide formed from two units of glucose. Maltose is the disaccharide produced when amylase breaks down starch. It is found in germinating seeds as they break down their starch stores to use for food. It is found in beverages, cereal, pasta, potatoes and in many processed products which have been sweetened.

Mannitol is a type of sugar which is also used as a medication. Mannitol is classified as a sugar alcohol; that is, it can be derived from a sugar (mannose) by reduction. Contrary to what the name may suggest, a sugar alcohol is neither a sugar nor an alcoholic beverage. They are white, water-soluble solids that can occur naturally or be produced industrially from sugars. As a sugar, it is often used as a sweetener in diabetic food, hard candies, dried fruits, mint candies and chewing gums. As a medication, it is used to decrease high pressures in the eyes such as are seen in glaucoma and to lower increased intracranial pressure.

Maple sugar is a traditional sweetener in Canada and the northeastern United States, prepared from the sap of the maple tree. Maple sugar is what remains after the sap of the sugar maple is boiled for longer than is needed to create maple syrup or maple taffy. Once almost all the water has been boiled off, all that is left is a solid sugar. Maple sugar is used to flavor maple products and as an alternative to cane sugar.

Maple syrup is a syrup usually made from the xylem sap of sugar maple, red maple, or black maple trees. Maple syrup and its various artificial imitations are widely used as toppings for pancakes, waffles, and French toast in North America. They can also be used to flavour a variety of foods, including fritters, ice cream, hot cereal, fresh fruit, and sausages. It is also used as sweetener for granola, applesauce, baked beans, candied sweet potatoes, winter squash, cakes, pies, breads, tea, coffee, and hot toddies.

Margarine is an imitation butter spread used for spreading, baking, and cooking. Whereas butter is made from the butterfat of milk, modern margarine is made mainly of refined vegetable oil and water, and may also contain fat and milk. Modern margarines can be made from any of a wide variety of animal or vegetable fats, mixed with skim milk, salt, and emulsifiers.Margarine can be used for spreading, baking, and cooking. It is also commonly used as an ingredient in other food products, such as pastries, doughnuts and cookies. Since it can contain animal derived fats, only consume if the source is known to be from vegetables.

A plant. Marjoram is a perennial herb or undershrub with sweet pine and citrus flavors. In some Middle Eastern countries, marjoram is synonymous with oregano, and there the names sweet marjoram and knotted marjoram are used to distinguish it from other plants of the genus Origanum. Marjoram is cultivated for its aromatic leaves, either green or dry, for culinary purposes. Marjoram is used for seasoning soups, stews, dressings, and sauces.

A marshmallow is a sugar-based confection that, in its modern form, typically consists of sugar, water and gelatin which is whipped to a spongy consistency, molded into small cylindrical pieces, and coated with corn starch. Gelatin is the aerator most often used in the production of marshmallows. It is made up of collagen, a structural protein derived from animal skin, connective tissue, and bones. Marshmallows are generally haram. There are halal marshmallows available in certain countries. Consume only if the package state that it is halal.

Methyl cellulose (or methylcellulose) is a chemical compound derived from cellulose. Methyl cellulose does not occur naturally and is synthetically produced by heating cellulose with caustic solution. It is used as a thickener and emulsifier in various food and cosmetic products, and also as a treatment of constipation.

The term “microbial enzyme” means it is a synthetically developed coagulant. It is vegetable derived enzyme or rennet. It does not contain animal products.

Modified starch, also called starch derivatives, are prepared by physically, enzymatically, or chemically treating native plant starch to change its properties. It is used in food products as a thickening agent, stabilizer or emulsifier; in pharmaceuticals as a disintegrant.

Molasses, or black treacle (British, for human consumption; known as molasses otherwise), is a viscous by-product of refining sugarcane or sugar beets into sugar. Primarily used for sweetening and flavoring foods in U.S., Canada and elsewhere. Cane molasses is a common ingredient in baking and cooking. Blackstrap molasses has long been sold as a dietary supplement. In Middle Eastern cuisine, molasses is produced from carob, grapes, dates, pomegranates, and mulberries.

Monocalcium phosphate is an inorganic compound. It is produced by treating calcium hydroxide with phosphoric acid. It is used in the food industry as a leavening agent, i.e., to cause baked goods to rise.

Monosodium glutamate (MSG, also known as sodium glutamate) is the sodium salt of glutamic acid, one of the most abundant naturally occurring non-essential amino acids. Monosodium glutamate is found naturally in tomatoes, cheese and other foods. MSG is used in the food industry as a flavor enhancer with an umami taste that intensifies the meaty, savory flavor of food. Currently, most global MSG is produced by bacterial fermentation in a process similar to making vinegar or yogurt. Sodium is added later, for neutralization. During fermentation, Corynebacterium species, cultured with ammonia and carbohydrates from sugar beets, sugar cane, tapioca or molasses, excrete amino acids into a culture broth from which L-glutamate is isolated. There have been rumors long ago that animal derived enzymes were introduced in the process by a manufacturer. However, the rumors are yet to be verified.

Derived from mustard plant. The seeds of mustard plant can be pressed to make mustard oil, and the edible leaves can be eaten as mustard greens.

This site uses Akismet to reduce spam. Learn how your comment data is processed. 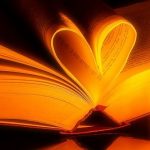 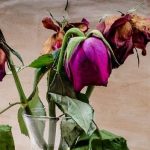 True friendship is like a rose. We can't realize its beauty until it fades. True friends are like diamonds precious but rare. Fake friends … END_OF_DOCUMENT_TOKEN_TO_BE_REPLACED 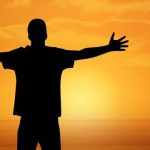 When life gives you a hundred reasons to cry, show life that you have a thousand reasons to smile. Yesterday is history. Tomorrow is a … END_OF_DOCUMENT_TOKEN_TO_BE_REPLACED 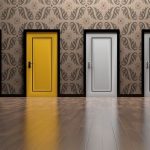 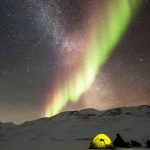 You see a model of a solar system in a science fair. Is it possible for this little model to have arranged itself? What about the actual … END_OF_DOCUMENT_TOKEN_TO_BE_REPLACED 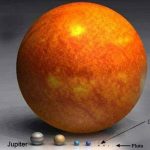 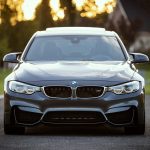 Allah won't ask what kind of car you drove. He'll ask how many people you drove who didn't have transportation. Allah won't ask the square footage … END_OF_DOCUMENT_TOKEN_TO_BE_REPLACED 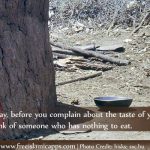 When passing through a mountain pass, a bedouin (villager) once came across an old man who was blind and who seemed to be afflicted with various … END_OF_DOCUMENT_TOKEN_TO_BE_REPLACED

A comprehensive list of Halal and Haram ingredients starting with the letter O. The list contains common uses of the ingredients in the … END_OF_DOCUMENT_TOKEN_TO_BE_REPLACED

A comprehensive list of Halal and Haram ingredients starting with the letter N. The list contains common uses of the ingredients in the … END_OF_DOCUMENT_TOKEN_TO_BE_REPLACED

A comprehensive list of Halal and Haram ingredients starting with the letter M. The list contains common uses of the ingredients in the … END_OF_DOCUMENT_TOKEN_TO_BE_REPLACED

A comprehensive list of Halal and Haram ingredients starting with the letter L. The list contains common uses of the ingredients in the … END_OF_DOCUMENT_TOKEN_TO_BE_REPLACED

A comprehensive list of Halal and Haram ingredients starting with the letter K. The list contains common uses of the ingredients in the … END_OF_DOCUMENT_TOKEN_TO_BE_REPLACED

A comprehensive list of Halal and Haram ingredients starting with the letter I. The list contains common uses of the ingredients in the … END_OF_DOCUMENT_TOKEN_TO_BE_REPLACED

A comprehensive list of Halal and Haram ingredients starting with the letter H. The list contains common uses of the ingredients in the … END_OF_DOCUMENT_TOKEN_TO_BE_REPLACED

A comprehensive list of Halal and Haram ingredients starting with the letter G. The list contains common uses of the ingredients in the … END_OF_DOCUMENT_TOKEN_TO_BE_REPLACED

A blind boy sat on the steps of a building with a hat by his feet. He held up a sign which said: “I am blind, please help.” There were only a few … END_OF_DOCUMENT_TOKEN_TO_BE_REPLACED

A man went to a barbershop to have his hair cut and his beard trimmed. As the barber began to work, they began to have a good conversation. They … END_OF_DOCUMENT_TOKEN_TO_BE_REPLACED

As a man was passing the elephants, he suddenly stopped, confused by the fact that these huge creatures were being held by only a small rope tied to … END_OF_DOCUMENT_TOKEN_TO_BE_REPLACED

One day, a poor boy who was selling goods from door to door to pay his way through school, found he had only one thin dime left, and he was … END_OF_DOCUMENT_TOKEN_TO_BE_REPLACED

A philosophy professor stood before his class with some items on the table in front of him. When the class began, wordlessly he picked up a very large … END_OF_DOCUMENT_TOKEN_TO_BE_REPLACED